In 1858 a young pastor from Germany formally organized St. Matthew Lutheran Church in Galena. Traveling pastors had laid the groundwork. The congregation had no church building for its first seven years, but with the end of the Civil War the present brick church building on High Street was finished. Soon afterward the congregation purchased a bell and set it in a tower on the roof.

When the bell rang the roof shook, so the present bell tower was added. A tornado removed the church’s roof in the 1870’s, and the congregation decided not only to rebuild, but to enlarge. 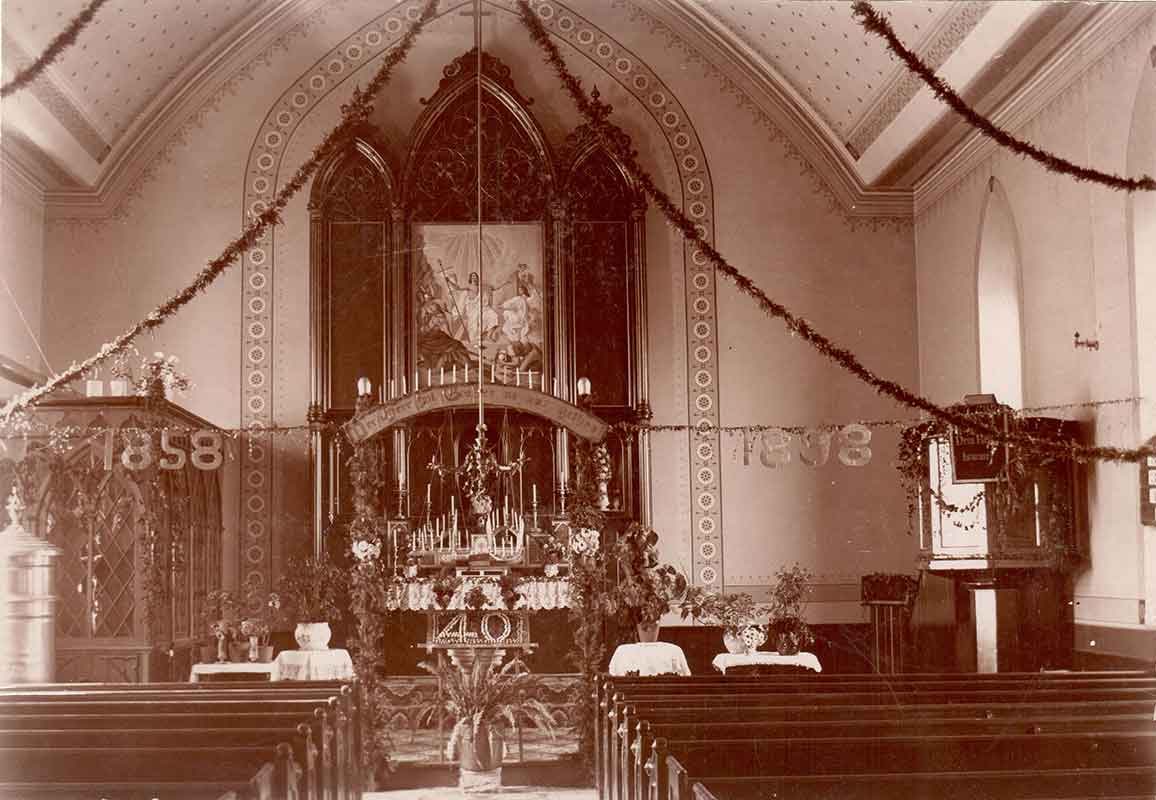 Inside the church, decorated for the 40th anniversary in 1898

St. Matthew Lutheran Church was associated in its early days with two Lutheran church bodies. Soon it became an independent church, remaining so for decades until the formation of the American Lutheran Church in 1960. It is presently a member of the Lutheran Congregations in Mission for Christ "LCMC".

Through a Civil War, World Wars, and other major wars, through depressions and epidemics, and in good times as well, the people of St. Matthew Lutheran Church have worshiped the Lord in an unbroken tradition since the founding of the congregation.

The theme for the 150th anniversary expresses the congregation’s outlook: